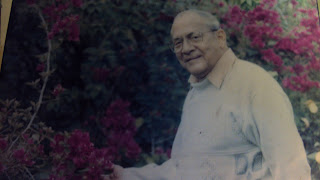 Padmashree Dr. Robin Banerjee, a doctor, a painter, an artist, a naturalist, an environmentalist, a film maker, a photographer, a lover of mankind, was born on 1908-08-12 at Baharampur, a town in the district of Murshidabad in West Bengal, India.

He lost his mother at an early age. Since his father, a magistrate, was in a transferrable job, Robin was sent to Santiniketan of Gurudev Rabindranath Tagore for his schooling. The beautiful natural surroundings of Santiniketan in those days were tranquil and rejuvenating, which contributed greatly to moulding the mind of the young Robin Banerjee. In course of time, he got admitted into Calcutta Medical College, from where he got a medical degree with distinction and subsequently specialized in gynaecology.  Later, he went to Liverpool (1934) and Edinburgh (1936) in the UK to earn qualification as a doctor of tropical diseases and psychiatry.

Dr Banerjee joined the British Royal Navy to pursue his medical profession. In the meantime, the Second World War broke out. He served in different war zones in Europe. He saw the concentration camps of Nazi Germany, where inhuman atrocities were meted out to the Jews. The trauma of the Holocaust was a turning point for a peace loving man like him. In fact, Dr Banerjee made up his mind to devote his time in the pursuit of peace; such an opportunity came to his life after the war.

He decided to move back to India. In 1952, he got the chance to visit Assam as a Locum-tenens to a Scottish doctor and joined Chabua Tea Estate, Assam, as Chief Medical Officer. During a visit to the then Kaziranga Game Sanctuary, in early 1953, Dr. Banerjee fell in love with its flora and fauna. He was fascinated by the scenic beauty of Assam. He was beside himself with joy when he saw thousands of wild animals and migratory birds moving about freely in the wilderness. The one horned rhinos fired his imagination. It was in fact his love for Kaziranga that led Dr Banerjee to decide to live in Assam permanently. Luckily in 1954 he got his next posting, a permanent one, in Dhanshiri Medical Association at Bokakhat as the Chief Medical Officer which helped him to make Golaghat his home. Dr Banerjee, a committed naturalist, dedicated his life and energy for the cause of the preservation of the flora and fauna of the region which slowly drew him away from the doctor’s kit. He hired a video camera and set about capturing film on the flora and fauna of Kaziranga and above all, the rhinos. It was indeed a Herculean task for him but with single-minded devotion, he completed his unique Kaziranga documentary, which took him seven long years to complete, from 1953 to 1960. Dr Banerjee paid a visit to Berlin in the year 1962, being invited by the Zoological Society of Berlin, and broadcast his documentary Kaziranga on German TV. As a matter of fact, it was for the first time that animal lovers throughout the world saw the one horned Asiatic rhinos of Assam with great surprise and delight.  Thus the credit of exposing the Kaziranga to the international audience rests on Dr. Banerjee through this film. In no time, the name and fame of Dr Banerjee spread like wildfire amongst conservationists. Invitations poured in for Dr Banerjee from different zoological societies of the world and thus, Dr Banerjee became a much travelled man, a roving ambassador. Dr Banerjee is credited with having made as many as 32 documentaries, out of which six were yet to be edited at the time of his death. About 32 zoological societies throughout the world conferred on Dr Banerjee honorary membership. He was the recipient of 14 international awards including the Madame Pompidou Award. He was particularly active regarding issues concerning Kaziranga and was the founder of the non-governmental organization “Kaziranga Wildlife Society”, the oldest NGO of North East India, which actively protects the interests of the park. He was the president of this society from 1971 to 1985. He wrote some articles advocating the preservation of flora and fauna. In one of his article, Dr Banerjee cautioned the present generation with the following prophetic words – “The delicate balance of Nature is already affected and man, after destroying the animals of our planet, may be destroying himself. But how many of us would care to pay heed to his timely warning?”  In short, Dr Banerjee was a man with a mission for the cause of the preservation of Nature and wildlife. In one of his public addresses at Guwahati, he humorously told the audience to shoot wild animals as much as one could, not with a gun, but with a camera. In 1974, when Kaziranga Wild Life Sanctuary, spreading over an area of 430 sq miles, was declared a National Park, Dr Banerjee was beside himself with joy but he was equally concerned about encroachment and poaching.

His house in Golaghat is a tourist spot for wildlife lovers, and based on his will and testament, has been converted into a natural history museum and contains a large number of his photographs and paintings. It is named Uncle Robin’s Museum, containing natural history items from all over India (especially Kaziranga), and other personal collections of Dr. Robin BanerjeeNaga warrior’s head-hunting basket, a huge landscape of Tibet made of fish bones, a horse made of turquoise, an old piece of tree bark that looks like a python among a number of other items from Dr. Banerjee’s personal collection. He was also an avid painter, a talent that perhaps got encouragement 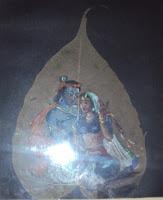 during his schooling at Santiniketan. About 200 of his paintings now adorn the museum walls. Also, there are 19 award-winning photographs that he clicked in different parts of the world. He turned his study into an auditorium, the huge guest-room that had lodged many renowned wildlife lovers on a visit to the Kaziranga National Park a few kilometres away, now showcases natural processes and the universe’s evolution through the centuries, complete with miniature models in glass cases. “Sir brought artistes from Kolkata to make these models,” says Nitish Das, Banerjee’s trusted housekeeper for years, who is now the museum’s caretaker.
Dr. Banerjee remained a bachelor, and worked actively as an environmentalist besides his film-making career. Well known and loved among the local community as "Uncle Robin", he donated lands for setting up the Vivekananda Kendra Vidyalaya and sliced out a piece from his residential land for a doctor’s club. This brings us to his primary profession, that of a medical doctor, which actually brought him to the State in the 1950s. Many local people of Golaghat claim that Dr. Banerjee used to run a free medical Dispensary, adjacent to his bunglow. "Sometime in 1970s, after we had shifted from Rangajan Tea Estate to Golaghat Town, my mother suffered from a severe disease. She was taken care by Banerjee Sir, free of cost. Once some of her medicines were not available anywhere within our reach. Banerjee Sir had bought them from some other place and made them available for us free of cost", says Mr. Biman Dutta, a teacher in Golaghat Christian High School.
A story that often talked about in local circles is that of a resident python at his house. It is said to have come to him on its own and many people talk of seeing it at his house. “It left him one day and never returned,” says Nitish Das. “Towards the end of his life, he used to fall sick quite often and yet continued to work. He would often say, ‘I don’t have much time and lots to do’,” says Nitish Das. Dr. Banerjee died at his residence suffering from old age ailments on 2003-08-06. The pyre of Dr Banerjee was lit by his caretaker Jitoo Tamuli. The cremation was attended by Assam Minister of State for Tourism Ajanta Neog. The Golaghat district administration declared a half-holiday in memory of Banerjee. Nitish proudly informs us that not only he but Banerjee’s cook and another helper too still stay in the outhouse of the bungalow. “We have nowhere to go and Sir told us ‘you will always look after the house even after I go’. So, we are allowed to stay here as long as we want to.” Maintained by ABITA (Assam Branch of Indian Tea Association) till recently, it is now looked after by Vivekananda Kendra, which runs a reputed school built on the land donated by Banerjee.
Dr. Banerjee told everyone ',"Think twice before you kill an animal, think twice before you catch a butterfly, think twice before you cut a tree, because it may be the last species of the world." 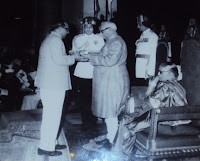 BACK TO DOLPHIN ECO CLUB HOME PAGE
Posted by SanjibKrTanti at 7:49 PM